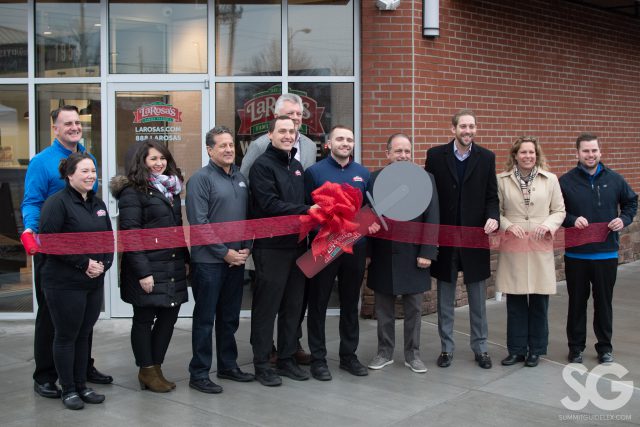 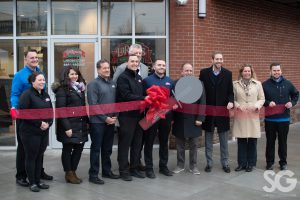 Earlier this year, LaRosa’s Pizzeria opened their very first location in Lexington on Richmond Road. They have just opened their second location on Southland Drive that is catered to carry-out, drive-thru, and delivery.

LaRosa’s took over the former Hunan restaurant between the Shell gas station and Taziki’s Mediterranean restaurant.

Councilmember Amanda Bledsoe of District 10 was on hand to welcome LaRosa’s to her neighborhood. District 7 Councilmember, Preston Worley, was there as well to show his support for the grand opening.

The ceremony was complete with local high school band, Lexington Catholic, as they played the National Anthem during the cutting. They also played ‘My Old Kentucky Home’ to end the grand opening ceremony.

OneHolland has already broken ground in Brannon Crossing to open a third LaRosa’s and second Skyline Chili. The other Skyline being on Richmond Road. LaRosa’s will be 5,500 sqft and will include dine-in, pick-up, and delivery. It can seat up to 160 guests in the dining room and will feature a full-service bar and a “Buddy Room” for parties and events. Skyline Chili will have a 2,700 sqft facility and will include a drive-thru window and a traditional dine-in restaurant. Can seat up to 96 guests.